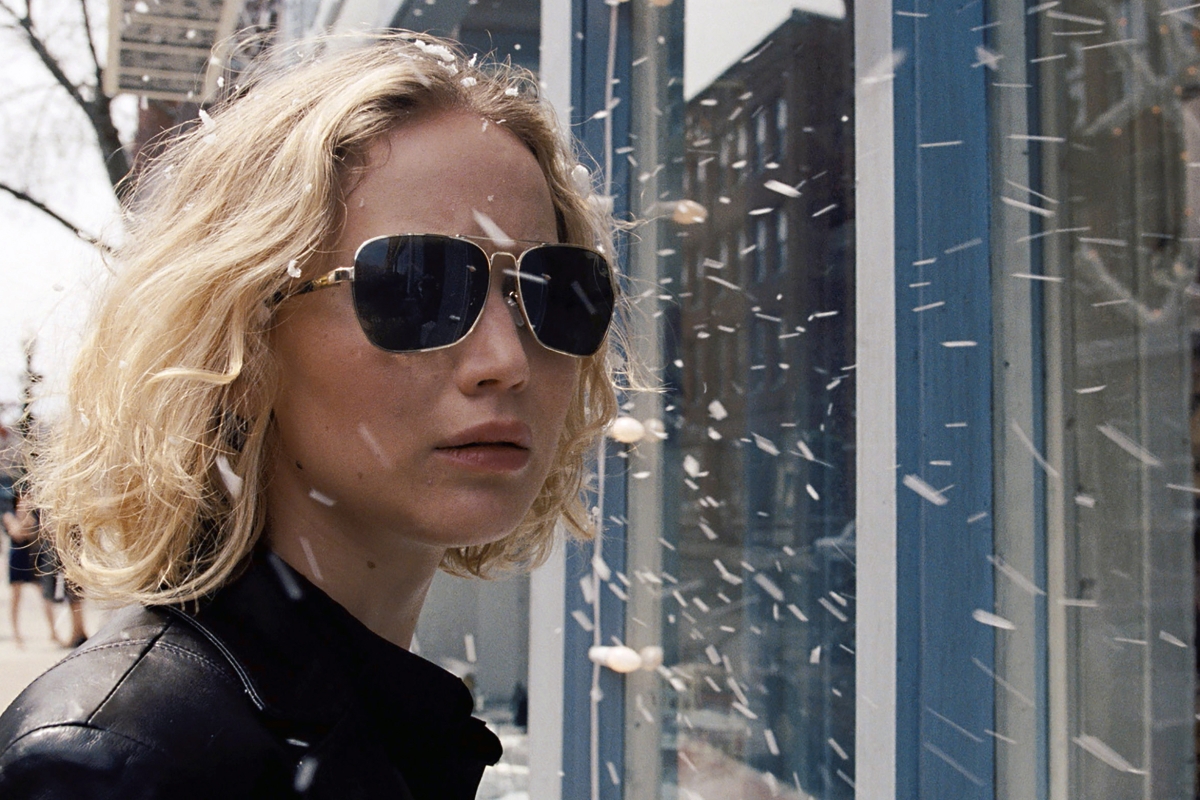 When I first saw the trailer for Joy, I was really not looking forward to seeing it. David O. Russell is back with all the same people yet again doing a film loosely based off the life of the woman who invented the miracle mop… whoop-dee-doo… But, since   tens of people look to me for my sage advice about current films, I went to see the film and did it with an open mind. I thought, “Hey, maybe it will be good…” Well, it wasn’t bad.

As mentioned above, Joy is (very) loosely based on the life of the woman who invented the miracle mop, Joy Mangano. The usual Russell cast is featured including Jennifer Lawrence, Robert DeNiro and Bradley Cooper. And Russell applies the same tropes that he’s used time and time again: Joy’s family is a bunch of terrible, incompetent people who pile all of their problems on her and give her no thanks. The film is almost unbearable due to these terrible people and is only saved by Jennifer Lawrence’s likability. Most of the characters in Joy have no depth or any real arc. They simply are awful human beings and will always be that.

Then, out of nowhere, Bradley Cooper appears! And while he technically has a character name, there is no real difference between Bradley Cooper and his character because he has even less depth and screen time than all the other characters. The only difference is this guy is super-duper nice and good.

This was the only real enjoyable part of the film, but unfortunately it felt like I started watching a completely different film. The tonal change was far too drastic to flow well with the rest of the film, leaving me feeling whiplash.

At this point, you may be saying, “Still, Jennifer Lawrence was nominated for an Academy Award for her role, so that must be worth seeing, right?” Wrong! Lawrence might as well have been nominated for The Hunger Games: Mockingjay Part Two. She is good (as always), but nothing in her performance is profound enough to be “Oscar-worthy” and one part of the performance is even downright bad.

Halfway through the film, I started noticing a slight Jersey accent on some of her words. Then as the film went on, the accent became more pronounced and varied. There is no reason for this accent and I am not sure why it is there, but in my mind it should have completely cut her out of the conversation for the Oscars.

Still, the biggest problem with Joy isn’t any of these issues. The biggest problem is that it is just too dull. Audiences have seen these rags to riches stories far too often to settle for a mediocre one. Despite some interesting things here and there and genuinely good acting from most of the cast, there is nothing in Joy that rises above mediocre.

So, while Joy is not a bad film, it is not one that I would advise wasting your time or money on. The only reason I would suggest seeking this film out is for Linus Sandgren’s breathtaking cinematography. But, if that’s the only reason, just wait till home video or go watch The Revenant instead.