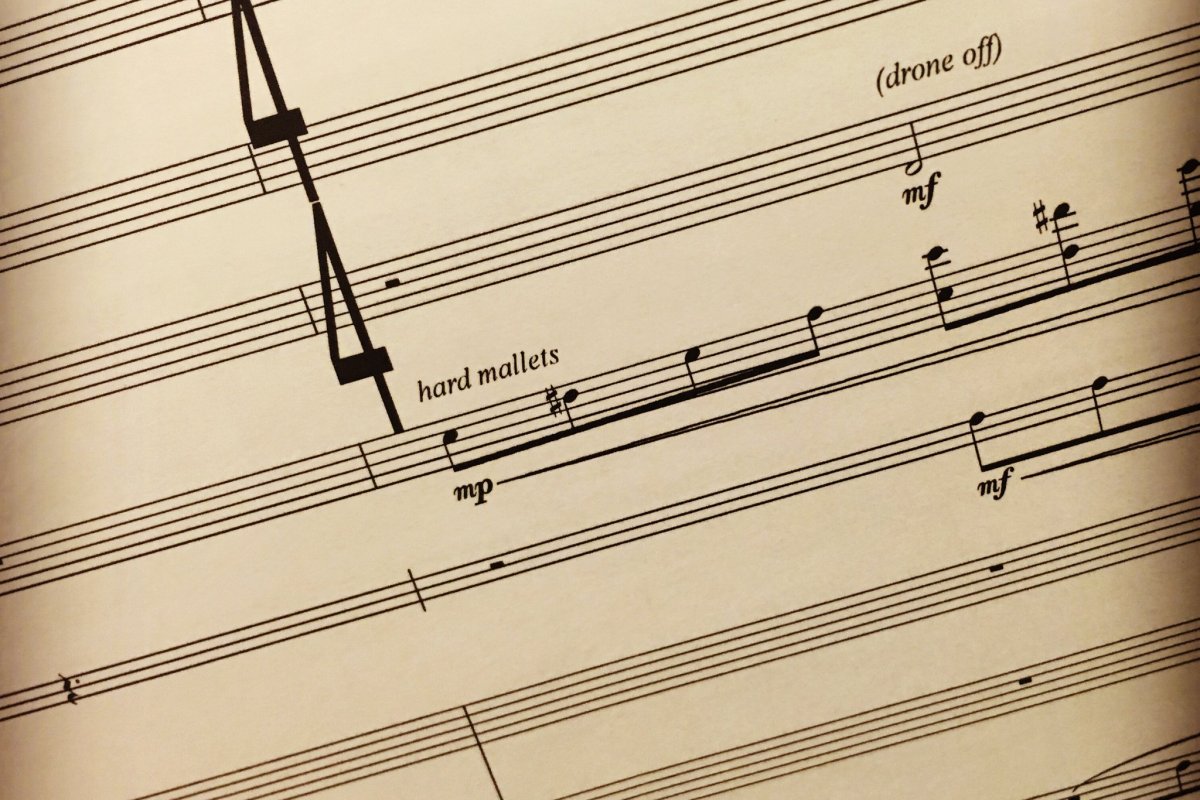 Music is one of the last things added to a film during the post production process. Everything else needs to be in place in order for the composer to line up their score with the visuals and other sounds. In this way, it kind of appears to be the cherry on top, and in many films (*cough* Marvel *cough*) the score is pretty negligible. It simply does its job. But great scores do much more than that. They are both the cherry and the chocolate syrup, both adding their own things as a bonus to the film but also making the rest of the film better.

Last year was another great year in film scoring as composers strove to push the possibilities forward by subverting expectations of their genres and using new and innovative techniques in their music. Continuing our look back at the best aspects of 2016, here are the Cinema Bros Top Five Film Scores of last year: 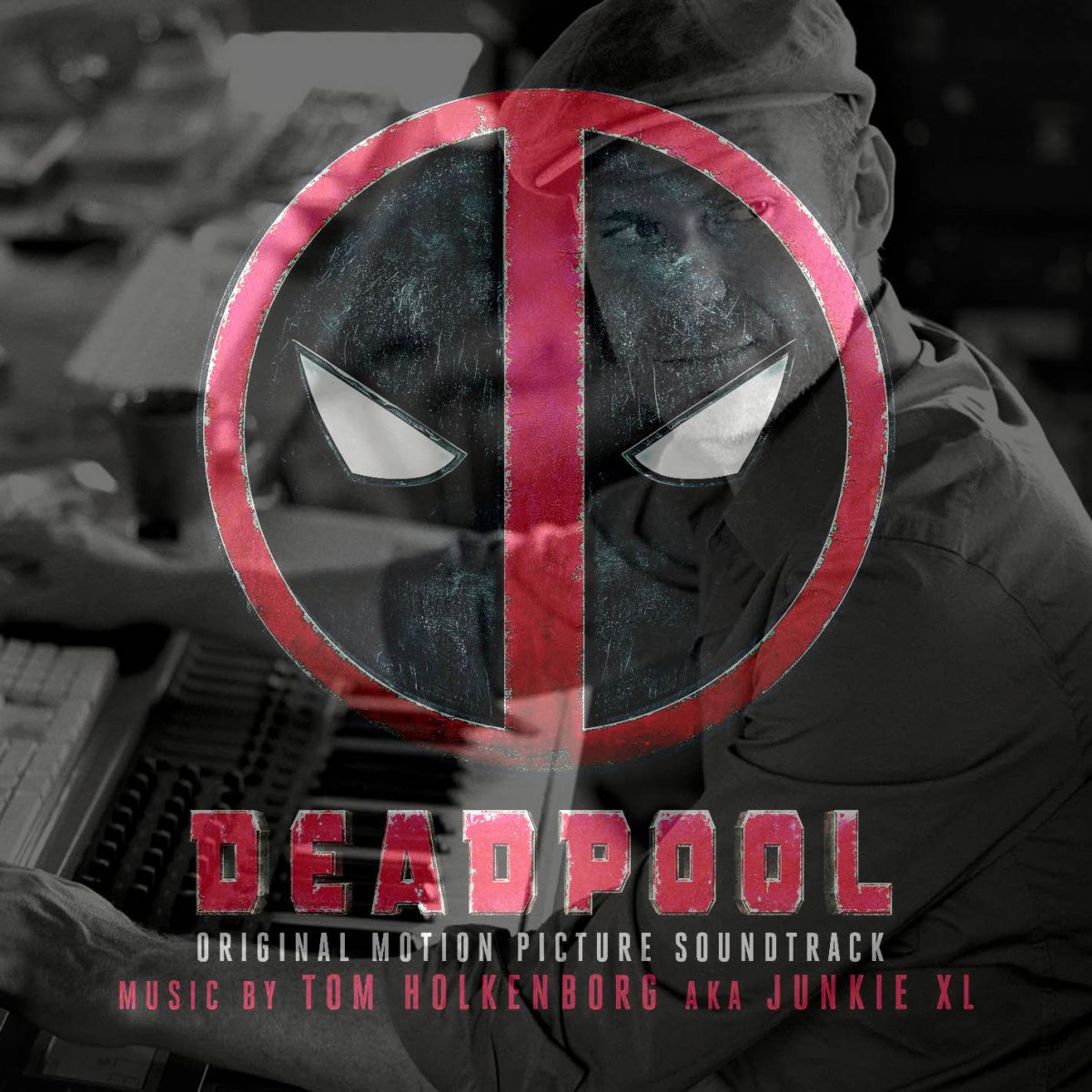 Junkie XL turns some 80’s synth into extreme gold, and I have to say it’s wonderful. The score connects you to what is happening on screen so brilliantly, that you may actually forget it is playing in the background. Yet at the same time, it gives you the exact amount of sound to feel something with it going on. It’s also nice to see a use of full orchestra for some of the scenes with the bold Colossus, and the ever so angsty Negasonic Teenage Warhead, giving them the full range of the epicness of the X-men films while still remaining within the realm of Deadpool’s ridiculousness. I absolutely love the insanity that mixes with intense joy and emotion throughout this entire film’s beautiful score. 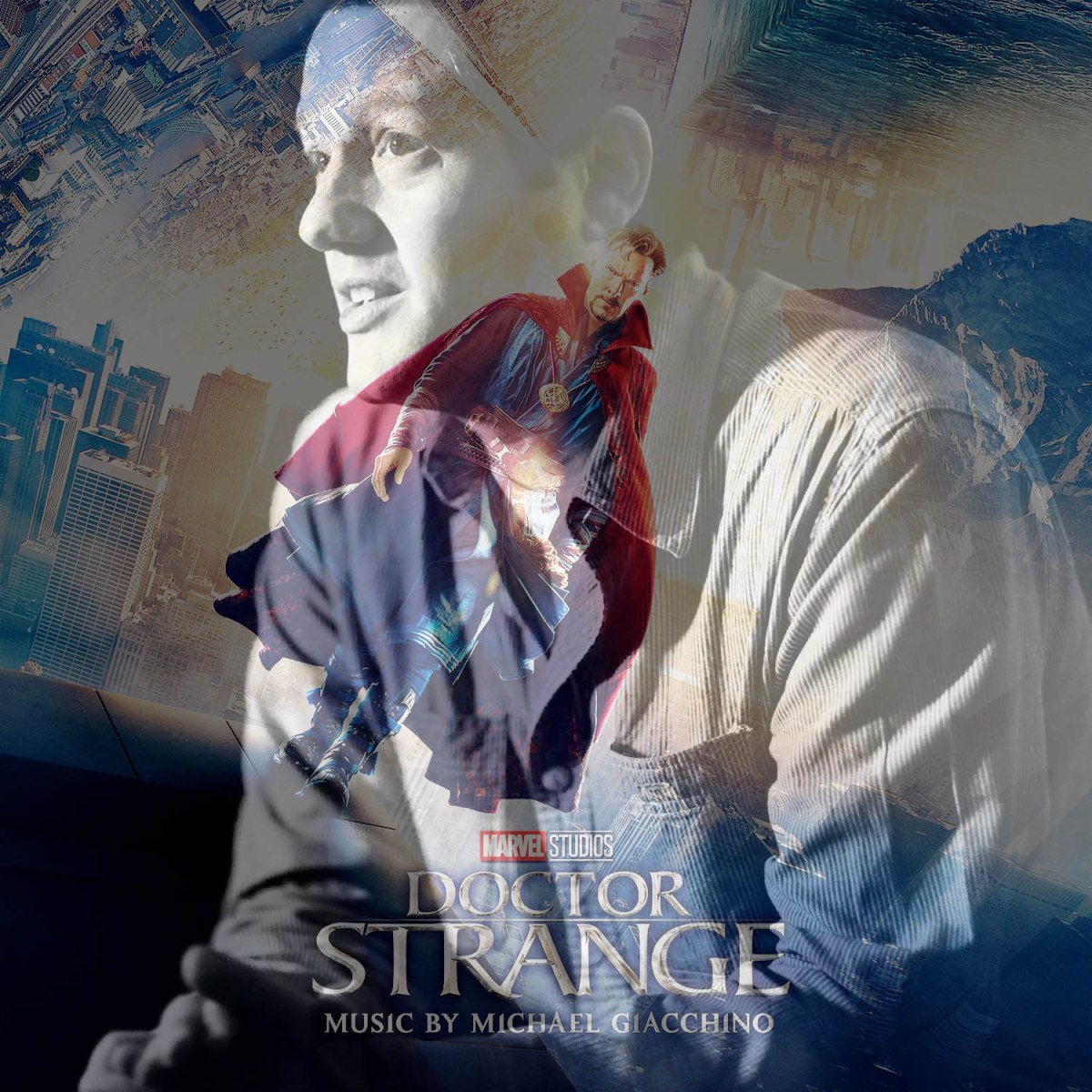 Anything combining harpsichords and sitars earns an instant place in my heart. Just as Marvel’s latest production was their most mystical and arguably riskiest (in terms of story and world-building) to date, so did Michael Giacchino’s store complement its trippy vibe. The scores for Marvel’s blockbusters have been widely criticized as being forgettable, but this isn’t the case with Doctor Strange, whose musical accompaniment (led by a spiffy main theme) is appropriately adventurous, odd, and memorable as can be. 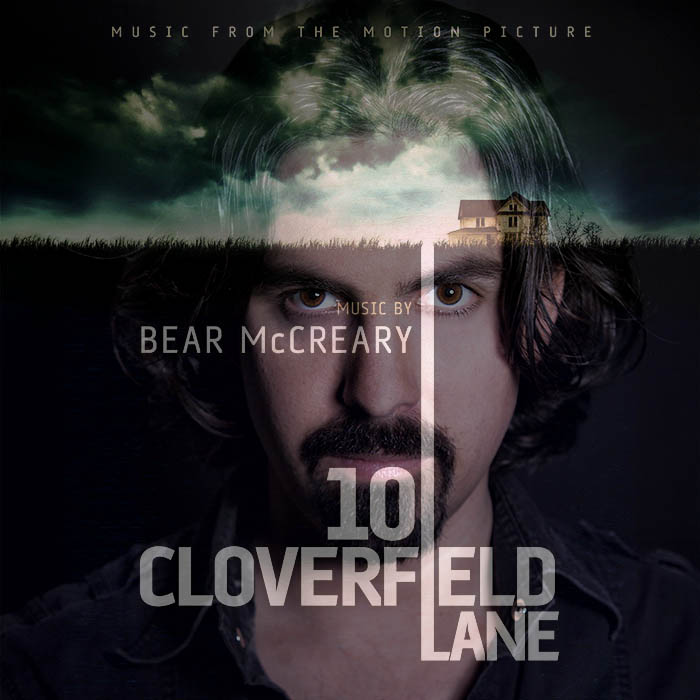 The score of 10 Cloverfield Lane is basically one the first stars of the film. The entire first scene is shot with almost no dialogue. Throughout this scene the score becomes its own character, letting us know exactly what the main character, Michelle, is going through and helping to layout the overall tone of the film.

One of the main highlights of this score is its use of strings. I didn’t realize how creepy all octaves of strings can be until I re-watched this film. The high-pitched frantic ring of the violin is perfectly paired with the more fast paced and heart-wrenching scenes while the lower guttural reverberations of the cello and bass are used to further the ominous tones of more low-key and slower burning scenes that still seem to deliver the same amount of abject horror.

This score is one of the best that I have ever heard attached to a horror movie. It escalates at the best moments. It accompanies the character’s speech perfectly. When a character is in the middle of a long rant you can hear the score slowly escalate with them throughout. And it parallels the dialogue so well that it seems like the composer, Bear McCreary, was writing his score as they were writing the script for the film. It is just as intense and fulfilling as the movie it accompanies. 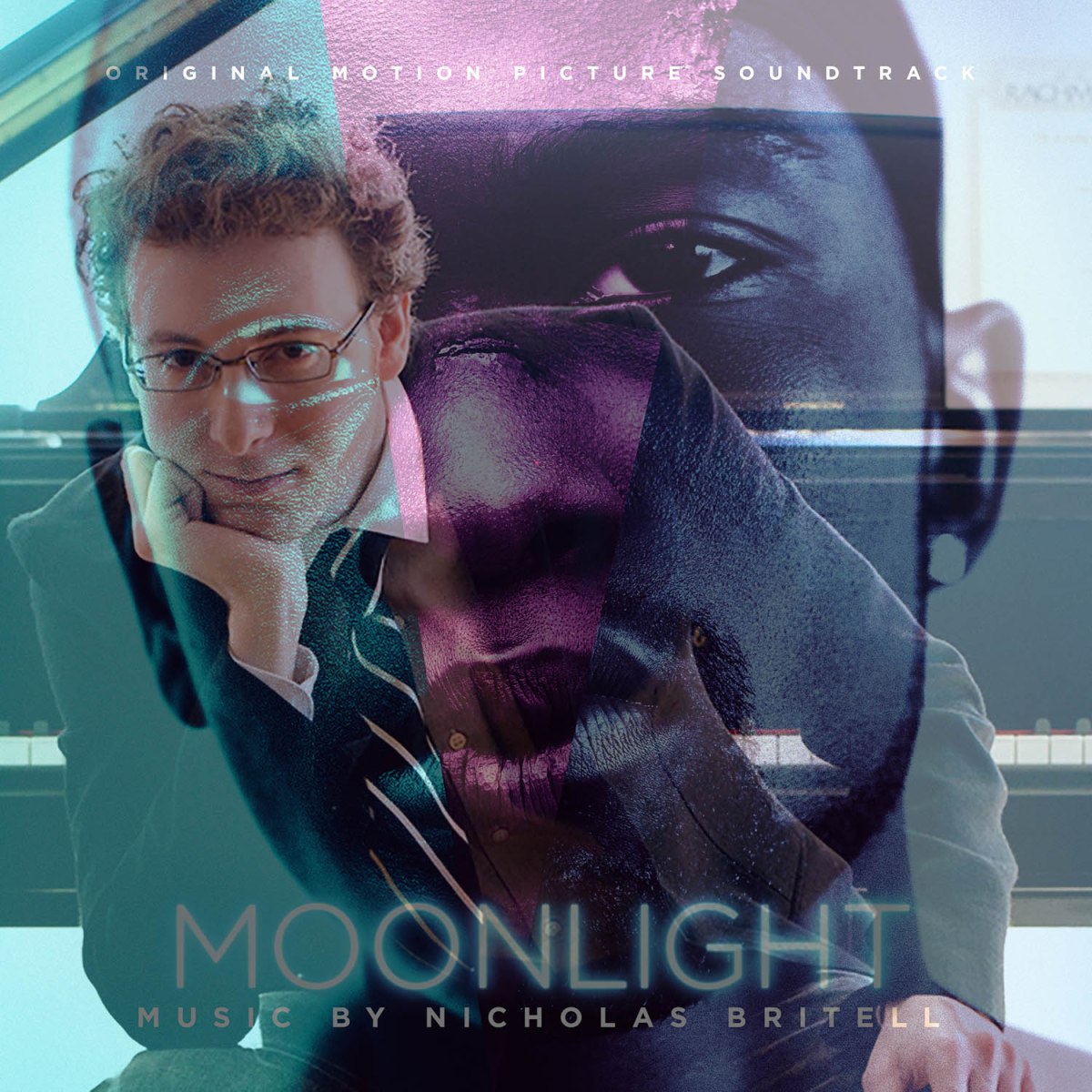 Though there were many incredible scores in 2016, Nicholas Britell’s score for Moonlight may be the most poetic and innovative. The choice to set this beautiful story of a black boy growing up in difficult circumstances against an equally beautiful classical-type score was inspired. The choice to then apply the same “chopped and screwed” techniques that have been used in southern hip hop was simply brilliant.

Chopped and screwed refers to a technique in which hip hop beats and songs are slowed and pitched down. Not only does Moonlight contain a chopped and screwed version of a hip hop song, but Nicholas Britell did it with his own score. Since the film tells of three different points in the main character’s life, he needed a distinctive theme for each version of the boy. The first version, “Little’s Theme” is a wonderful classical piece with a sluggish piano and a soft violin that mournfully echoes the piano. But then, when we move to “Chiron’s Theme” this same composition has been chopped and screwed to create a slightly haunting version of the first theme (Britell even slows and pitches it down more during a particularly dark moment in the film). And finally, when we get to the third part of the film, “Black’s Theme” is another variation on “Little’s Theme,” but this time we get an all cello version that is again chopped and screwed. This one is one of the darkest and most full-bodied, perfectly echoing both the mental and physical state of Chiron at this stage in his life.

It is choices like these that make this score pure poetry and it is one of the few films that I can truly say would be worse with any other score. It perfectly captures the feelings of the film, while also not trying to completely force the emotions of every scene on the audience. And, another thing I love in a score, it both completely supports the film itself, yet also works on its own as an album. Because of this, it is a score I will be listening to for a long time. 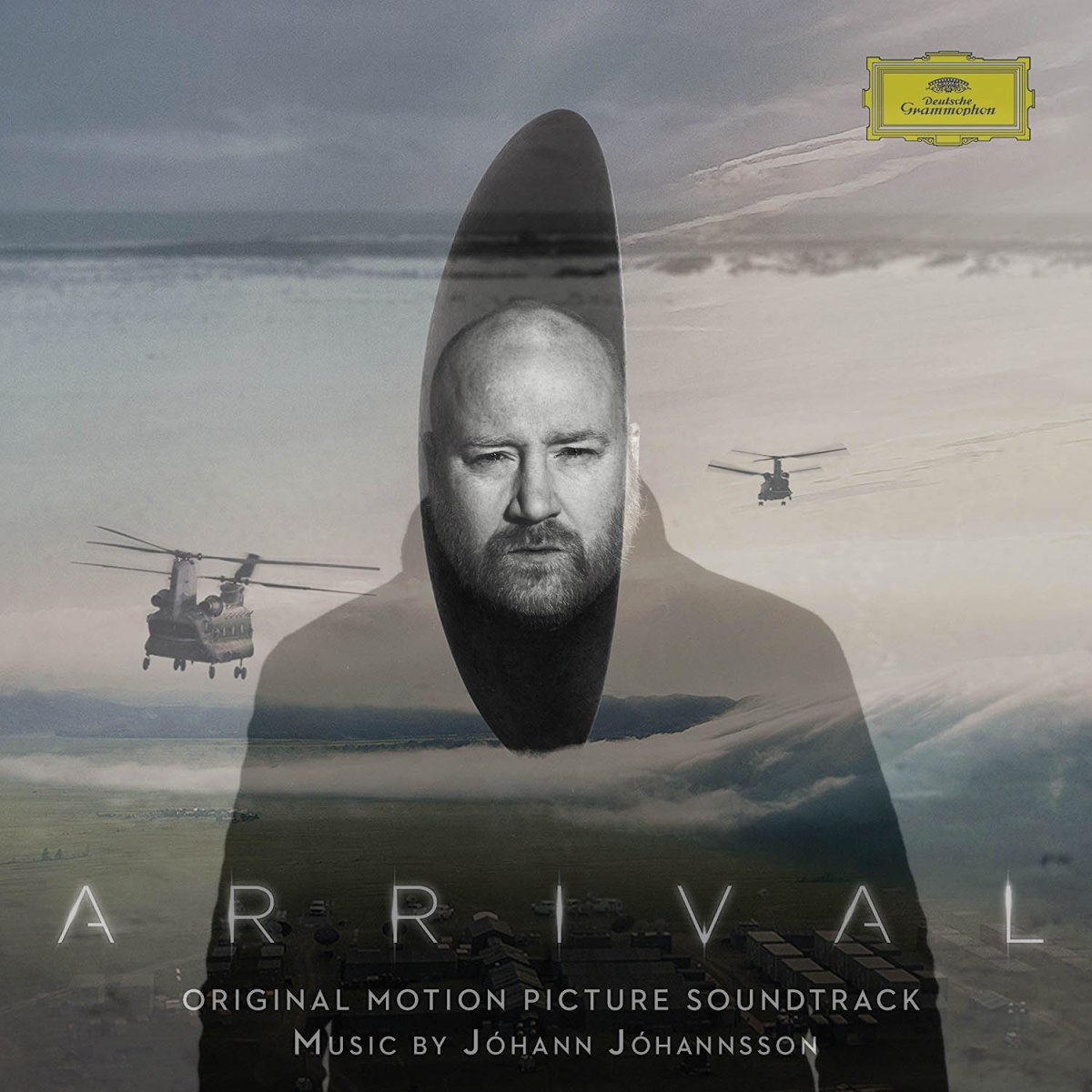 Jóhann Jóhansson is quickly becoming a master at composing film scores.  His previous work on Prisoners and Sicario (both with director Denis Villeneuve) showed a superlative grasp on how to build suspense with music.  String-laden and ominous, his work becomes an essential component in any of the films in which it is featured and Arrival is no exception.

Throughout Arrival, the viewer (and listener) is taken on a journey wholly aided by Jóhansson’s deft use of bombastic highs and near-silent lows.  When the score swells to massive levels, the viewer is left stunned by what they are witnessing on-screen.  An example of this is “First Encounter” in which Louise Banks (Amy Adams) sees the extra-terrestrial visitors for the first time.  When the score falls to a whisper, the viewer waits in eager anticipation for what will happen next.

Jóhansson also excels at incorporating human voices throughout the film.  After reading the script, the composer acknowledged that the “human voice would play a big part in the score.”  As such, sections of the score that include vocal arrangements hint at discovery and human intellect.

Finally, Arrival is a masterclass in tension.  Both Villeneuve and Jóhansson together have crafted one of the finest exercises in slow and meticulous revelation I have ever beheld.  Throughout one of the most astounding plot discoveries in recent memory, Jóhansson’s “One of Twelve” builds in the background until it becomes it’s own entity.  This score is brilliant, and I cannot wait to hear more of Jóhann Jóhansson’s transcendent work.