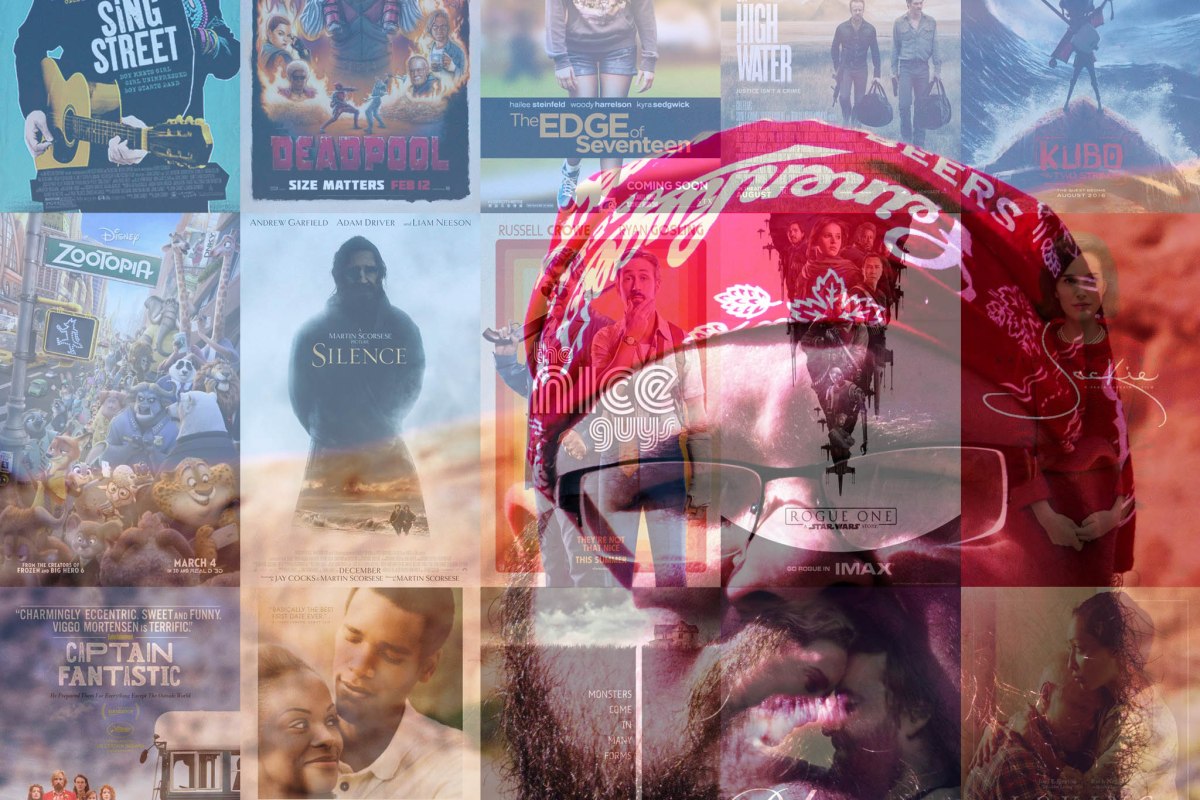 Loving is an amazing biopic that is superbly acted and touches on past racial issues that are becoming more and more socially relevant to this day. I have never seen Joel Edgerton in a better role. He completely transformed himself in this film. Ruth Negga also transforms herself and is absolutely delightful. She is most definitely the emotional heart of this film and shows great emotion in every single glance and gesture she makes especially in her scenes with Edgerton. Besides the acting, this is just a lovely yet intense retelling of a time in America’s history that we need to hear more about. The upheaval of racist laws in that era is very important and I am glad that we now have a film like Loving that brings that history so brilliantly to the screen.

14. The Edge of Seventeen 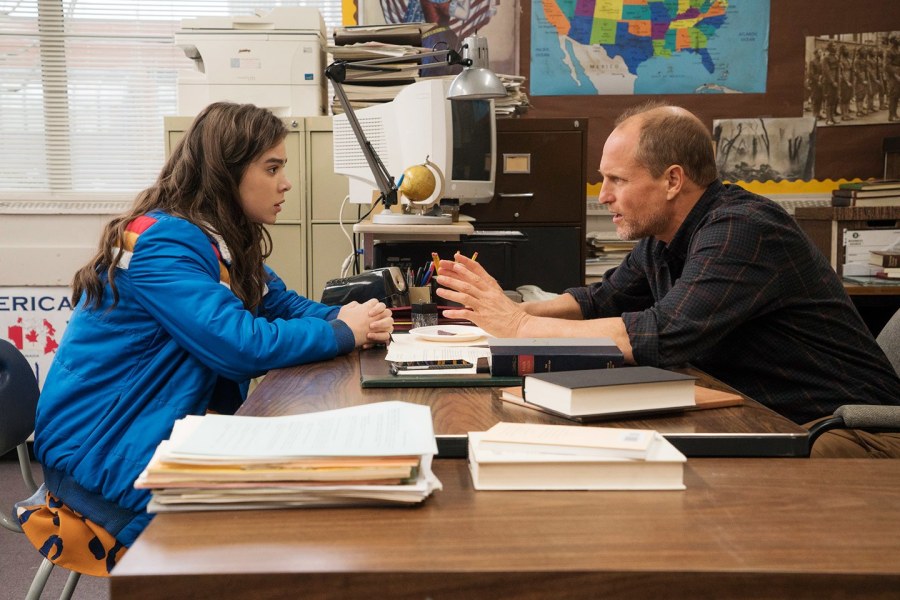 This is a film that I never expected to be as great as it ended up being. I even joked that we would be the only non teenage girls at the showing. As with many films this year I completely misjudged this one. The Edge of Seventeen was impressively entertaining and heartfelt. It was a delightful film that expertly dealt with deeper issues such as familial troubles and depression.

Hailee Steinfeld is amazing in this film. She does an incredible job of balancing comedy and drama. There are scenes where she flawlessly transitions from super comedic lines to overly dramatic monologues. These scenes are some of the most powerful in the entire film. Woody Harrelson pairs perfectly with Steinfeld as well. His dry wit is a perfect counterbalance to Steinfeld’s manic oversharing.

Kelly Fremon Craig needs all the recognition she can get for directing such a wonderful film as her directorial debut. She took a well-worn genre and made a real gem that is funny, heartfelt, and relatable.

Deadpool was my dream come true. It is the perfect comic fan’s film. It has all the action, wit, and spandex that we could hope for. It nevers tries to be overly flashy, mainly due to Fox cutting their budget to pieces. They worked with what they had and made an extremely entertaining and hilarious film.

It goes without saying that without Ryan Reynold’s this film would not have been nearly as great as it was and really probably wouldn’t have even been made. Ryan Reynold’s is Deadpool. He completely embodies the character. Every quip and wisecrack he makes is well placed and well-timed. His asides to the audience and other breakages of the fourth wall are a delight. The supporting characters are also greatly entertaining, the standout amongst them being the cab driver played by Karan Soni. His interactions with Deadpool are some of the best bits of dialogue I have heard in a long time.

This film, like Guardians of the Galaxy, is further enhanced by its spectacular soundtrack. Songs like “Shoop” by Salt-N-Pepa and “X Gon’ Give It to Ya” by DMX enhance certain scenes to make them some of the most enjoyable in the film. One of the best musical moments is the inclusion of the “Deadpool Rap,” It is a thoroughly entertaining tune that simultaneously entertains and breaks the fourth wall, which is Deadpool to a tee. 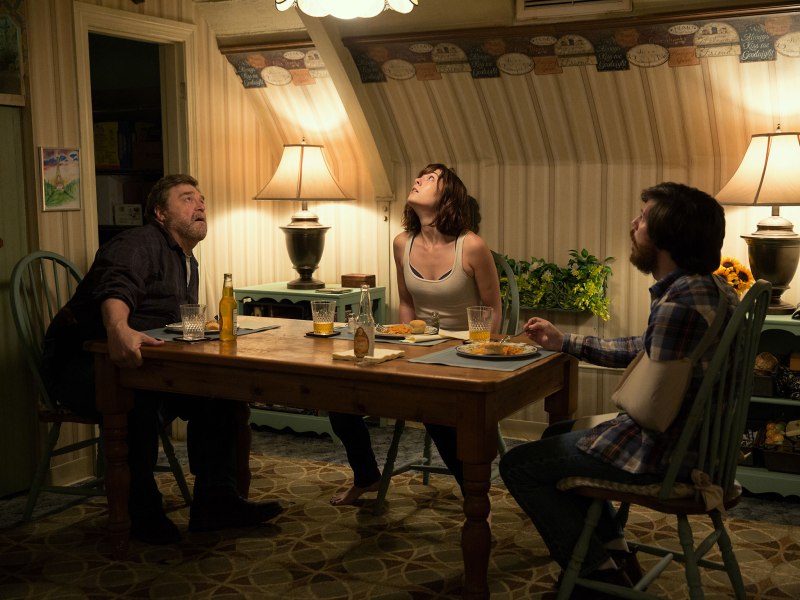 10 Cloverfield Lane was an early surprise for the year. I had seen the original Cloverfield, and, although I found it enjoyable, I didn’t feel like there was anything special about it to warrant a sequel. Upon viewing I realized that this movie is less of a sequel to Cloverfield and more of an amazing stand alone film that harnessed the name recognition of its predecessor. This, I think, was a brilliant move. It gave power to a film that most likely would have stayed in obscurity without the name.

First-time director Dan Trachtenberg did an incredible job with this film. His choice of shots really added to the overall claustrophobic nature of the film, but they also simultaneously made a very limited set seem vast and labyrinthine. The performances by the small cast were also phenomenal. John Goodman headlines as one of the most terrifying yet darkly fascinating characters I have ever seen him play. I personally believe it may be the best performance of his career. Mary Elizabeth Winstead excels as the main protagonist. She plays the role with strength and confidence, despite being a character thrown into an unnerving and confusing situation. Finally, John Gallagher Jr. brings some levity and heart to an otherwise dark and intense thriller.

The last piece of what makes this film so excellent is the score. I previously talked about the score, written by Bear McCreary, in our Best Film Scores article. I won’t elaborate too much due to this, but it bears repeating that without its score 10 Cloverfield Lane would not have been nearly as amazing as it ended up being.

I knew going in that I was really going to enjoy Blue Jay. I have loved Mark Duplass in every role I have seen him in, whether that be comedic or dramatic. Sarah Paulson, who I have seen much less of, has always been fantastic and even sometimes lifts up underwhelming projects with her impressive performances. The acting, combined with a script written by Duplass, assured me that this movie would be one of my favorites of the year. I was not disappointed.

This movie is beautiful. Shooting in black and white was an inspired choice. It really helped to highlight the amazing features of the charming little town in which it was set. Whole chunks of the film were dedicated to sweeping shots of the town, which helped to build a connection to the setting and brought you into the world of the main characters and, more importantly, their story. Their story was fascinating. For a film that centers around the simple idea of two past lovers reuniting after a long time apart it was impressively intense and captivating. Duplass crafted his story perfectly to bring out an array of emotions in the viewer from joy to sadness and even sometimes uneasiness.

Being very dialogue heavy, this film owes much of its success to the wonderful performances of Duplass and Paulson. They each play characters that seem to have a deep sadness in them that they don’t want the world to see. Their portrayal of this sadness is astounding in that it lies almost entirely in their eyes. They play one of the most unique and entertaining film couples I have ever seen and each interaction they have is intensely beautiful. Their relationship, both past and present, is heartbreaking yet somehow uplifting all at the same time. Blue Jay is the most complex and enjoyable love story I have ever seen.