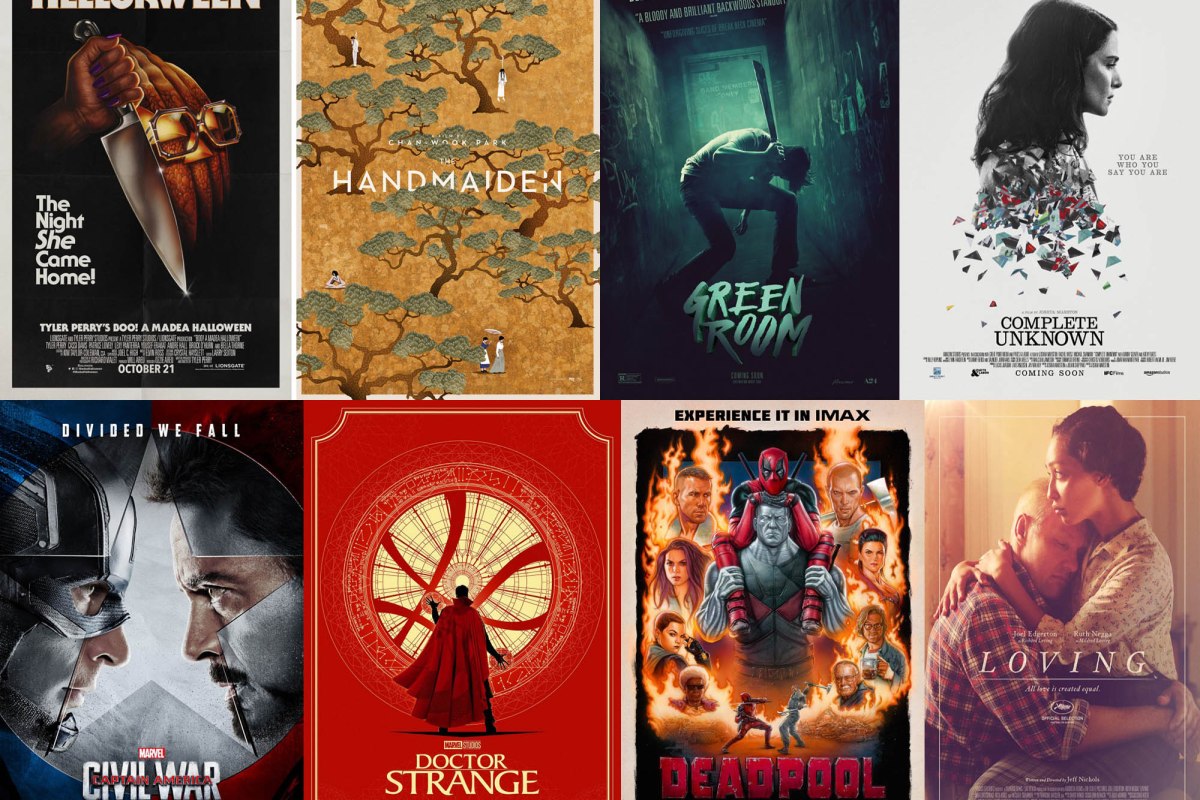 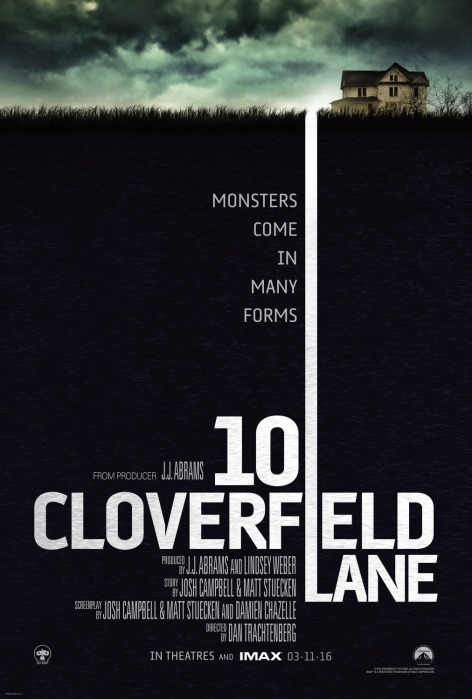 I love the simplicity of this poster. The lack of detail adds an element of eeriness and foreboding. I especially love the choice to elongate the L in Lane through the I in Cloverfield to hint at the eventual setting of the film. The green storm clouds looking over the rundown farmhouse not only add a distinct creepiness to the scene but they also adds a bit of much needed color in an otherwise very dark scene. The best touch though was the quote, “Monsters come in many forms.” It adds a great layer of the unknown for viewers going into the film. 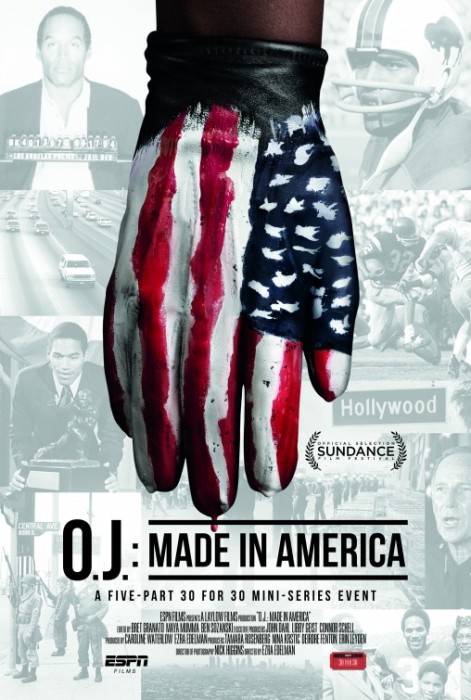 One of the year’s most provocative documentaries should have a provocative poster and the marketing team behind OJ: Made in America delivered. At the center of it all is the infamous glove, painted with an American flag, dripping blood. It perfectly encapsulates the story of OJ in one image. The backdrop further supports that image with iconic pictures like OJ’s mug shot, the infamous car chase, combat-ready LAPD officers and pictures of OJ’s football career. With posters, simplicity can often be the key and this poster is a testament to that. 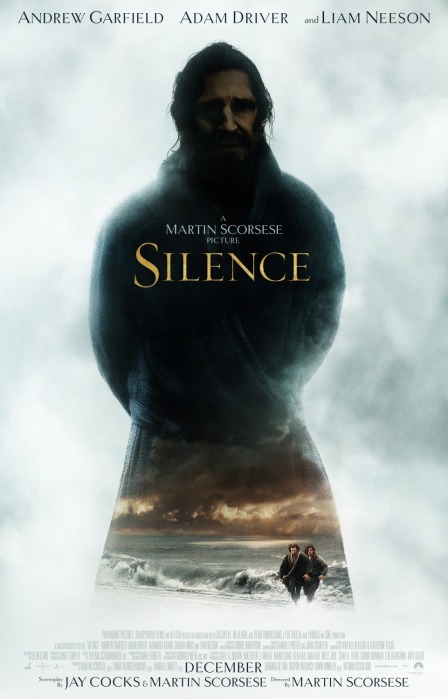 I had not seen this poster until I was tasked with picking my top four posters from 2016. When I did see it it easily became one of my favorites. There is something very powerful about it. The way that Neeson’s ghostly figure is not only standing over the other two priests in the film but also swallowing them in his wake is ominous to say the least. The raging sea and the overcast sky also add a sense of the difficulties they will face in the film. It is very somber portrayal of what will most likely be very difficult film to watch. 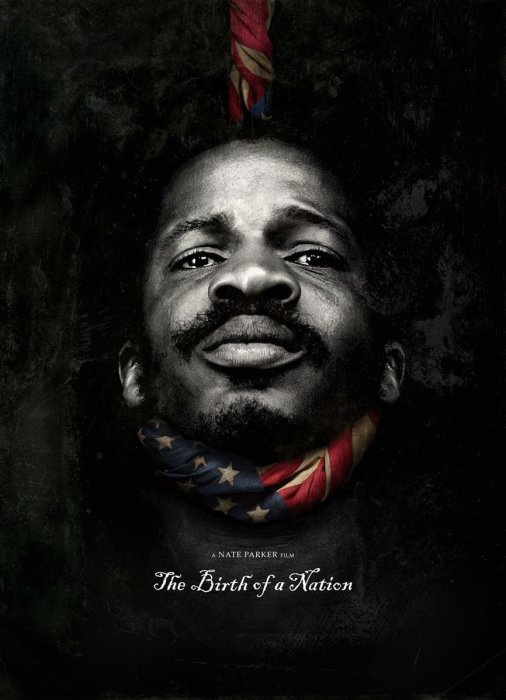 This poster speaks for itself in almost every way imaginable. Nat Turner’s stony gaze, looking straight ahead while being hung by the American flag was an inspired design for this alternate poster. Likewise, it conveys the truly horrifying reality of slavery in our nation’s past. It’s a reality that we will never be able to fully reconcile, and it has bearing on the current cultural and political climate we see even today. This poster is intended to shock us. It does that masterfully. 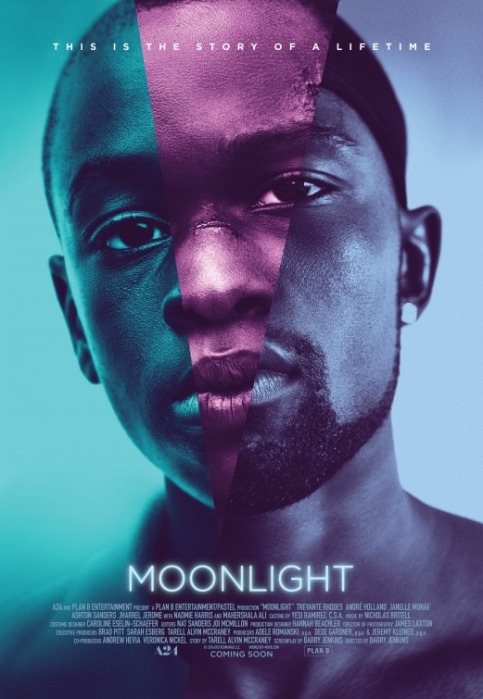 When I first saw this poster I was immediately struck by its artistic brilliance and I felt the emotion it was trying to portray. It says so much about the film in one work of art. The colors refer to the original play title (“In Moonlight Black Boys Look Blue”), the split face between the three different actors tell you that this is a story covering many years and the little details like the cuts and the earring also tell you a lot about the different stages in the character’s life. And the eyes of all three actors line up in a haunting, piercing gaze. It is elegant, provocative and beautiful, much like the actual film.

With a film as big as this, it is only fitting that Rogue One would have, not one, but three posters worthy of our list. The middle Dolby sheet perfectly portrays the war aspect of the film, as well as the darker tone. The IMAX sheet on the left gives us the character line up artistically outlined with Tie Fighters and the threat of the Death Star lurking in the background. And the Cinemark X-D sheet is a wonderfully simple concept of our characters’ silhouettes against the backdrop of the Death Star. These are all visually stunning works of art, something that is unfortunately not afforded to many blockbusters these days.