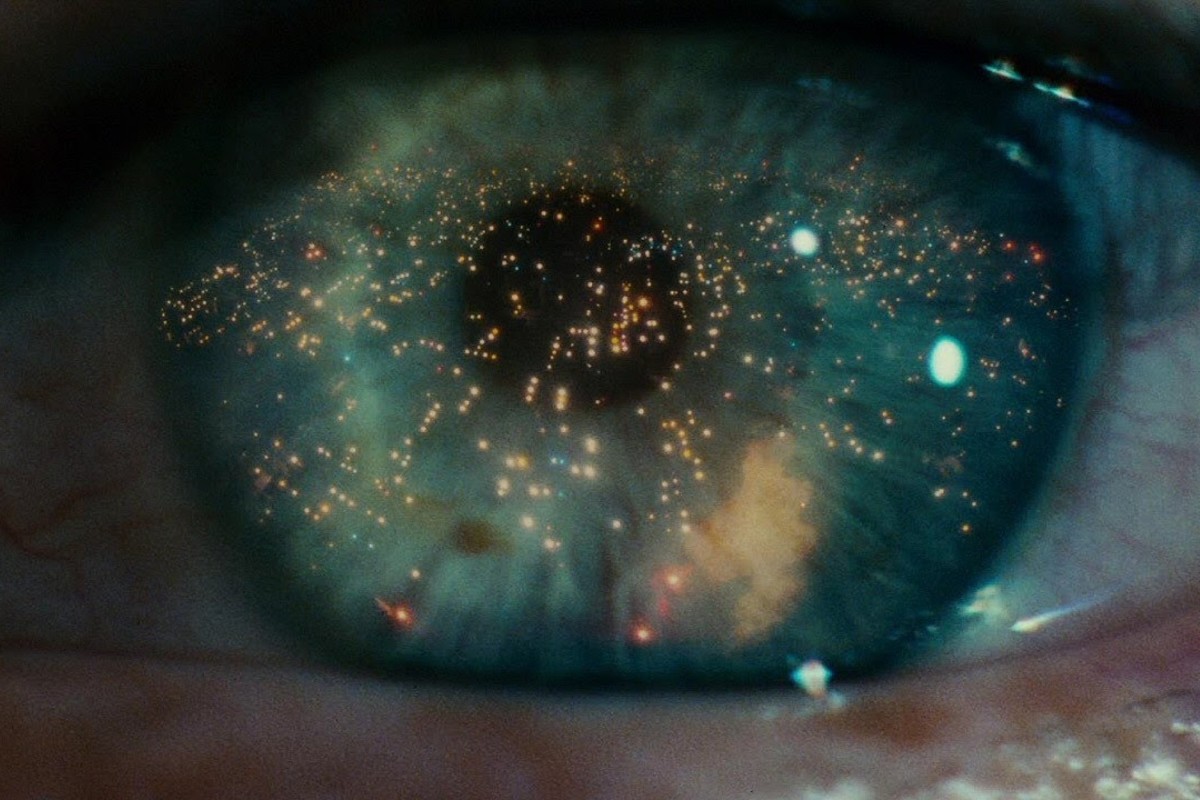 “The Gospel event has spilled out into the world. We can see Jesus anywhere if we only open our eyes to see him.”

The above quote was spoken by a beloved seminary professor, Rev. Dr. Francis Rossow- “Rev” for short. I remember the first time I heard him speak those words with his booming, God-like voice. I sat in the hallowed halls of Concordia Seminary St. Louis, pencil in hand, taking diligent notes. It was my second year of study in the Masters of Divinity program, and I signed up for Rev’s class called “Literature and the Gospel” with eager anticipation. Tears welled up in my eyes when he spoke. Unknowingly, with one phrase Rev had explained what I had felt in my heart, in the deepest parts of my inner-being, since I was a young boy with my King Arthur books, Star Wars VHS tapes, and even my Batman cartoons. I didn’t just see King Arthur and his Knights; Luke, Han, Leia, and Vader; Batman and the host of villains that surrounded him. In all these stories, I saw Jesus. I saw his grace, his sacrifice, his never-ending pursuit of claiming God’s people as his own from the Evil One. And no matter where life’s road has taken me, I have always carried Rev’s words in my heart. We truly can see Jesus anywhere if we only open our eyes to see him.

Since seeing films like Star Wars for the first time, I have always sought Jesus, my Savior, in film, narrative, and story. You might say it’s how I’m wired- it’s just how my brain works. Cinema, these moving images with light, music, and sound have captivated me endlessly. And frankly I don’t see that ending anytime soon. My tastes have become markedly more refined, I’ll grant you that. But I try never to forget where I come from, where my film roots reside. Yes, that began with Star Wars, but that also extended to the boxing ring with Rocky, deep into the magical forests of Japan with My Neighbor Totoro (my grandmother hosted foreign exchange students from Japan), and even went back in time with Jerry Lewis, Danny Kaye, and the Marx Brothers. Each new story, for me, was an opportunity to compare and contrast what I was seeing on-screen with what I knew about Jesus. In my estimation, that is a lifelong endeavor. And it’s a task that has the potential to help others see Jesus who may not even know him yet.

As a 34 year-old pastor, husband, brother, and son, my film palate is diverse and eclectic to say the least. I often prefer little-known indie films to blockbuster fare, and I took a shine to South Korean cinema long before Bong Joon-Ho’s Parasite stormed the Oscars earlier this year. My favorite film: In Bruges. Directed and written by an Irish-British playwright, it tells the story of a hitman who botches a job and must flee to hide in Bruges, Belgium. His target was a priest during confession…but he accidentally killed a little boy as well. So he hides in Bruges wanting to die yet wanting to live. It’s one of the most deeply religious and spiritual films I have ever seen in my life.

Along with a friend and colleague, I started a film festival at my seminary alma mater that seeks to help others see what I have seen for so long in film. My co-creator Heather Davis is an LA based writer, speaker, and composer and she is truly a kindred spirit in relation to film and narrative. In fact, we first bonded on Facebook in relation to the film Calvary, a spiritual sibling of sorts to In Bruges. As such, over the course of these past years I unwittingly have made myself a sort of apologist for finding themes of faith, spirituality, and theology at the movies. Without a doubt, the more I’ve discussed, written, and contemplated this sacred topic, the Spirit of God leads more people like Heather into my life and I into theirs. It’s an aspect of this journey that simply cannot be overlooked- film has the power to bring exceedingly unique and different people together.

Two films that are incredibly formative in this journey have been Martin Scorsese’s Silence and Terrence Malick’s A Hidden Life. The former is based on a book of the same title by Shūsaku Endō about Portguese missionaries in feudal Japan. The latter is about Franz Jägerstätter, an Austrian peasant who refused to fight for Nazi Germany during World War II and was sentenced to death as a result. Much to my dismay and sadness, these films went largely unseen by secular and Christian audiences alike. Silence brought in just over $20 million in box office numbers, and A Hidden Life a paltry $5 million. But the numbers are not what truly matters. What pains my soul is that a pair of the most prolific and accomplished living film directors released, in my estimation, two incredible vehicles for the communication of the Gospel of Jesus Christ in the 21st century. Sadly, both films went largely unnoticed. In an increasingly digital world, it’s my sincere belief that films such as these are gifts from our Creator. They give us powerful avenues through which to communicate the Gospel. But even more, they are also incredible works of art that in and of themselves display the nail marked hands and feet of Jesus.

I have to be honest with those of you who are reading this- I’m truly not very smart. But what I lack in knowledge, I make up for in being a voracious learner and student. As such, I’ve surrounded myself with the writing of prominent Christian film critics and writers, all of whom yearn to see faith, spirituality, and Jesus in film as well. If you’re so inclined, check out the writing and blogs of Alissa Wilkinson, Abby Olcese, Josh Larsen, and Joel Mayward to name just a few. Abby joined us for our very first film festival at Concordia Seminary St. Louis and I find myself stunned every time I read her insights and commentary on films of all genres. To that end, I was recently emailing with Joel Mayward about preparing this very article you are reading, in fact. I reached out through his blog, and he was so kind to email me back mere hours later. Reflecting on my above point about films like Silence and A Hidden Life, Joel said in his email response:

“Regarding your apologetics presentation on film and theology, and A Hidden Life and Silence, I can offer two brief comments which are hopefully helpful to spark your thinking. First, there is a distinction between film as theological reflection about God (moving from humanity to God) and film as potential revelatory encounter with God (moving from God to humanity). I think cinema has the capacity to do both, but the distinction and movements are worth parsing out. Some films are directly or indirectly asking questions about God, existence, meaning, faith, etc., and I think A Hidden Life and Silence both do this. But some films also have the capacity to move or affect us in deeply spiritual ways through the affective audio-visual form, where it seems like God ‘speaks’ through cinema, sometimes without overtly religious/theological content. This is where[…]we might find theological significance in ‘secular’ films. Second, I think we need to treat film as film, and not as a ‘text.’ In particularly Protestant traditions, with an emphasis on the Word, image and movement and sound are often neglected or misunderstood. So, how can we appreciate Christ as both Word of God (John 1) and Image of the invisible God (Col. 1)?”

While Joel shared far more above than I can possibly address, I want to move into my final point and a challenge of sorts for you, the reader. Joel and others like him see film not simply as an instrument, but even as a form of theological reflection in it’s own right. The first step to understanding this better is starting with films like Silence and A Hidden Life. While there are certainly others worth mentioning in that vein, I truly believe these two films in particular give us an incredible starting point. They are overtly “secular” films that communicate Gospel truth. In fact, it may be difficult to fathom, but Scorsese and Malick are two of the most spiritual filmmakers in the history of cinema when you look at their bodies of work. Once we have begun to grasp the depth and beauty of films like these, then we might begin to explore the vast array of moving pictures that communicate other truths about sin, humanity, our brokenness and need for redemption, and even how we might walk more closely with one another as the body of Christ and serve our neighbor with love and grace.

We can see Jesus anywhere, if we only open our eyes to see him. As Rev spoke those words to me years ago, I share them with you today. And if I could be so bold, I would even paraphrase the end of John 20 in line with Joel Mayward’s words above. The Old Testament tells us that even the trees of the field will clap their hands; the very rocks will cry out if God’s people are silent. And so it is in these films, we see the very truth of God’s Word and his Son, Jesus Christ. These flickering images in all their beauty and wonder were made that we might believe that Jesus is the Christ, the Son of God, and that by believing we may have life in his name.

As I say to all my film friends- happy viewing. And I say to you as my brothers and sisters in Christ- Jesus be with you, now and always as you seek what he has in store for you next.