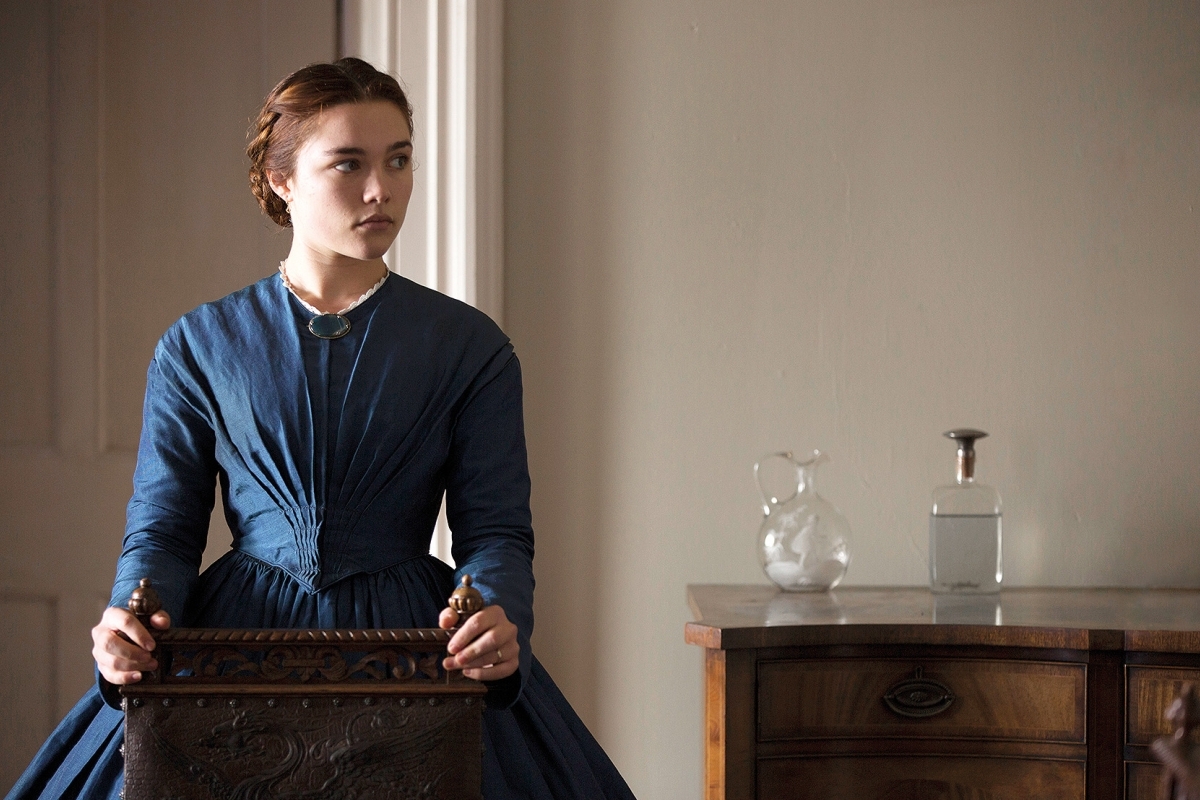 “Look like the  innocent flower, but be the serpent under’t”

Lady Macbeth may not be directly adapted from the famous Shakespeare play (It is an adaptation of the book Lady Macbeth of the Mtsenk District by Nikolai Leskov), but it takes this quote from Lady Macbeth herself to heart. Under the careful direction of newcomer William Oldroyd, Lady Macbeth starts in a fairly familiar place making you believe that it may just be a traditional period drama. But, very quickly, we discover the darkness underneath the surface. Our main character is not the innocent facade she puts forth to the world. Katherine Lester, like Lady Macbeth, is that serpent.

We enter Katherine’s (Florence Pugh) story as she is being married off to Alexander (Paul Hilton). It is soon clear though, that he is not interested in her and he harbors a great deal of disdain for her. On their first night together he orders her to disrobe, takes a long hard look at her and climbs into bed and falls asleep. It is here we start to see the hardship and even the boredom faced by a woman in 1860s England. Katherine’s father-in-law, Boris (Christopher Fairbank), tells her to her face that he considers her no more than property; a means to an end; a way for his son to produce an heir. She is then understandably relieved when she finds out that Alexander and Boris will be leaving for an extended period of time and she will have the house to herself.

This is where Pugh truly begins to shine. I felt while watching Lady Macbeth like I was watching Jennifer Lawrence in Winter’s Bone; Like I was watching a star be born. Here where we start to see “the serpent under’t”, but Oldroyd smartly also gives us a reason to root for Katherine. We see her finally escape the house that has been her prison to walk the beautiful England countryside and we bond with her in her delight. But then, things get complicated as Katherine begins an affair with one of her husband’s workers, Sebastian (Cosmo Jarvis). As Katherine and Sebastian fulfill their desires together, we see her liberated, but we sense something sinister underneath. When Boris finally returns, that sinister serpent reveals itself as she shows that she will stop at nothing to keep her newfound freedom and she doesn’t care who she has to hurt in the process. 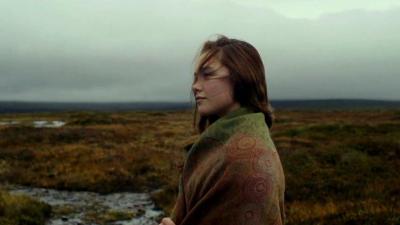 Chief among those harmed by Katherine’s ruthlessness is Ana (Naomi Ackie), a black woman who serves as her main housemaid. With Ana’s character, Oldroyd brilliantly shows the complexity of oppression. Katherine treats Ana much the same as the men in her life treat her: with disdain. She shows no appreciation for the work that Ana does and even her affair with Sebastian is a slight to Ana as Katherine first meets him when she find him and the other workers harassing Ana. Eventually Katherine quite literally bullies Ana into silence when she involves her in her devilish schemes. Through this, Oldroyd shows us how, in an oppressive society, the oppressed can quickly become the oppressor.

Lady Macbeth is a slow descent into darkness and that descent is carried brilliantly by Pugh’s performance and Oldroyd’s patient, steady camera. Pugh is very careful not to show us who the true Katherine is for much of the film. Even in the most intimate of moments, there is facade. The brilliance of the performance is how Pugh doles out those little moments of truth. Every cold glance or icy stare warns us about what is to come and Pugh sells each one masterfully.

Both empowering and revealing, Lady Macbeth is the perfect twist on the period drama. The devilishly entertaining performance from Pugh and the thought-provoking way the film deals with oppression and race make Lady Macbeth easily rise above the rest. Oldroyd and Pugh have certainly made their mark and I can’t wait to see what they do next.